Romeo,  Backdoor Brewery mascot, passed away two weeks ago. He was a nice, red cat, and he really liked american and pacific hops. He spent half an hour purring around a big parcel of Vic Secret, just a week before we found a terrible limphoma attacked him. 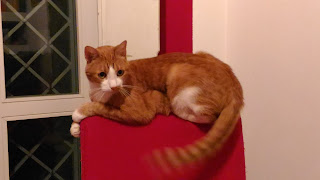 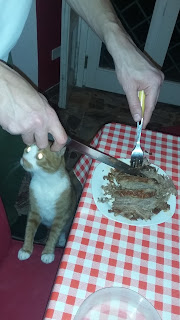 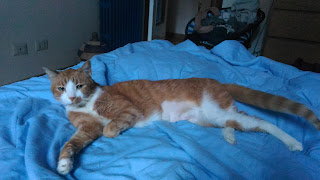 I want to remember him with this recipe, a 4% abv bitter enerously hopped with Simcoe, to create a typical catpiss aroma. Obviously I added his beloved Vic Secret, hoping it will smoothen the simcoe and I'll ferment it with Kolsch yeast: it has to be piss, in the end.

Spring is coming, and a session beer is ok, even if too extreme. Well, we will see if it's drinkable... 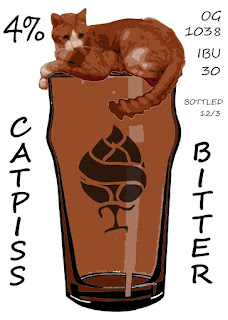